Halo Infinite 2022 Review – How Does the New Installment’s Future Look?

For fans of the Halo series, 2021 was both an exciting, and frustrating year. Halo Infinite launched its Free-to-Play multiplayer component of Halo Infinite to widespread praise. The Master Chief was back, and now with a Next-Gen feel to the bombastic combat we’ve all come to enjoy from Microsoft’s flagship franchise.

Sadly, the cracks in Halo Infinite quickly began to show. With backlash against the grueling monetization of the multiplayer side of the game, and frustration bubbling to the surface over a wide range of cut features, such as Slayer or Deathmatch-only options.

Yet, despite all this, it was widely believed from gamers around the world that Halo Infinite stands as a solid installment to the Halo franchise.

With the campaign now released for Halo Infinite at the end of 2021, and the multiplayer receiving several key updates to both its monetization and playing options, it’s time we take a look at how Halo Infinite plans to tackle 2022, and if this legend of the western gaming world will stand the test of time, and become a staple in the FPS market once again.

Halo Infinite had a complex, and troubling 2021. However, interestingly, almost none of this had anything to do with the core gameplay inside Halo Infinite itself. With the majority of feedback for the title, and ensuring drama, surrounding its monetization.

It all started with the battle pass, which a large portion of players picked up. For many veterans of the FPS genre today, a battle pass is an expected component, and allows players to earn cosmetic rewards throughout the game’s respective seasons.

Players quickly learned that to get any significant cosmetic progress, they would have to complete incredibly annoying challenges to progress their pass. This led to players not interacting with multiplayer matches in a normal fashion, instead focusing on completing their laundry list of check-boxes.

With the lack of match EXP offered for normal matches in Halo Infinite, players quickly became annoyed with the state of the battle pass. As the challenges required to progress became more and more tedious.

The peak of this frustration came when players started to fully realize how cosmetics work within Halo Infinite itself. As each piece of dye, or amour, would only be usable with very specific sets.

Then, it dawned on players, the only way to complete these sets of amour was to not only buy the battle pass, but also spend hundreds of dollars inside the microtransaction store.

The result of this perfect storm of corporate greed from 343 Industries led to a widespread viral backlash against the title. Despite the rock-solid foundations the gameplay of Halo Infinite found itself on, the game became public enemy number one for a significant portion of 2021.

Compounding on top of the backlash from the monetization of Halo Infinite was the growing realization that many features that had become standard in Halo titles were missing. This included dedicated deathmatch and slayer modes, as well as a range of custom building, or playlist options that all other Halo titles included. 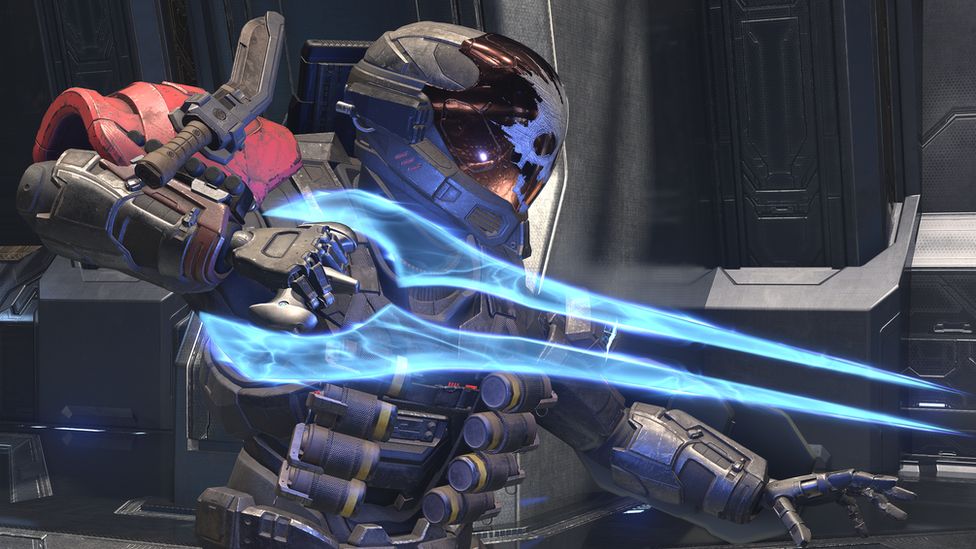 In the beginning, the only way for players to enjoy the Halo Infinite multiplayer experience was through a randomized que. This hindered player’s ability to complete their battle pass challenges, as well as led to many players simply AFKing the matches all-together, when it was a capture the flag, or other undesirable match types.

In response to this, players began to demand many of the features they had come to enjoy. Linking the lacking features to a desire from 343 Industries to limit player progression, and push them towards the cash shop.

Yet, thankfully, 343 responded to this feedback quickly. Promising to add these features, come the new year.

Now that we are in 2022, many of these features are either released, or set to be released, within Q1. Giving players a shred of hope for the game’s future.

At this point, the conversation around Halo Infinite had been contained to the multiplayer component of the game, however, Halo simply isn’t Halo without the campaign, and many fans were eagerly awaiting the full release the gauge the titles success.

With over seven years of development, and a long list of changes to the core of Halo promised, the Halo Infinite campaign released to a myriad of opinions online. 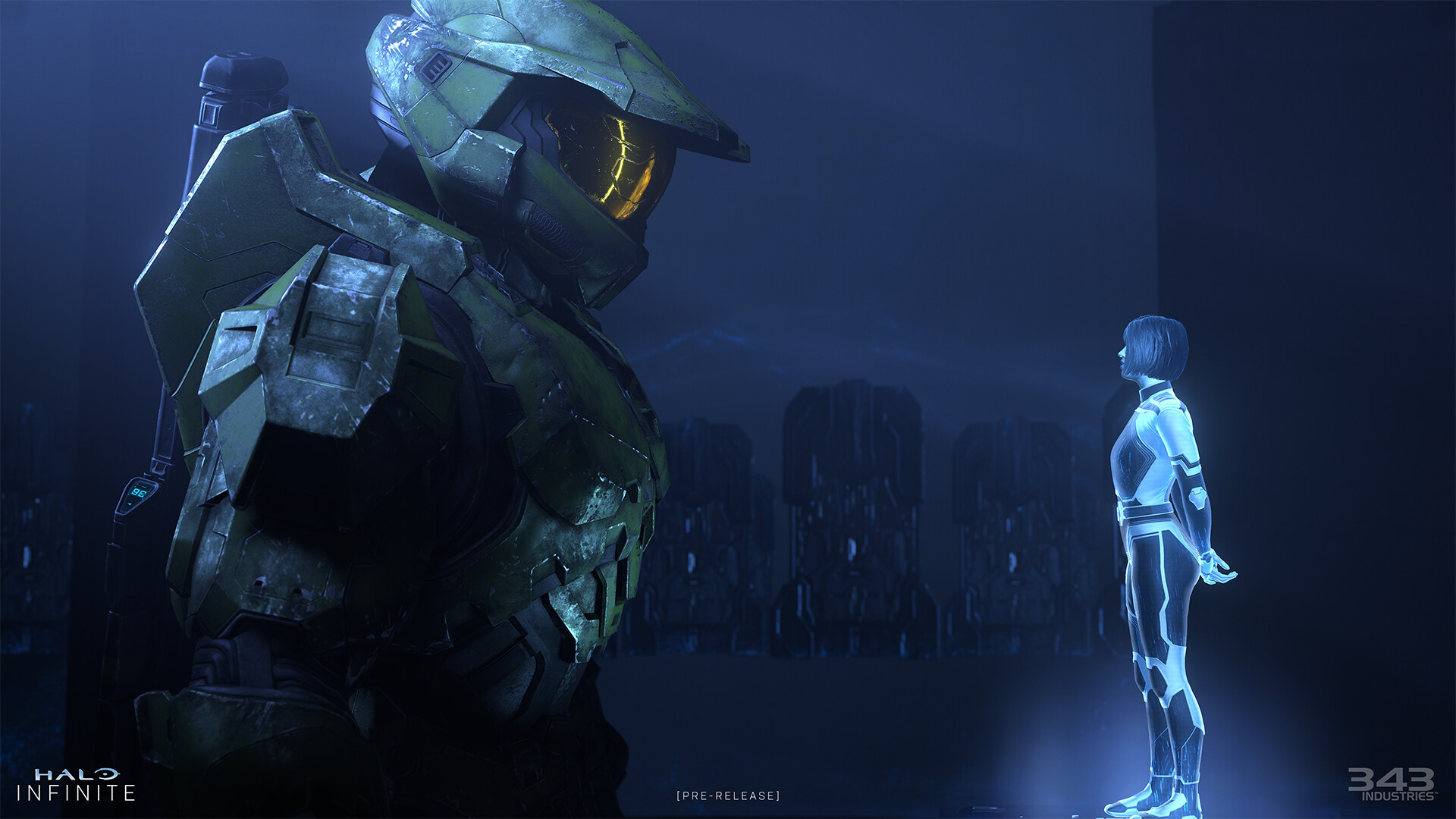 The core gameplay elements of Halo had been changed, slightly, to include both open world, and grappling hook mechanics. A first for the Halo franchise.

The Open World element of the campaign was considered to be an okay addition, allowing players to more freely explore the map, and take on objectives at a pace they felt comfortable with. However, it was clear that the open world had been scaled back in development, leading to a series of linear open world sections, instead of a true open world experience.

Overall, players felt this took away from the quality of the campaign.

The grappling hook, however, was seen as an incredible advancement in the core mechanics of Halo. Allowing players to transverse the maps with a newfound agility, and use objects in the world to destructive ends.

This was, as the majority of critics agreed, to be an overwhelming plus for Halo Infinite. Delivering on the core Halo experience, whilst adding something new and exciting for players to enjoy.

That leaves us with the final piece of the puzzle, the Halo story, and how it continued in Halo Infinite.

The Halo Story – A Blatant Ret-Con

Without spoiling the events of the Halo games up until Halo Infinite, it’s easy to say that the franchise left us on a cliffhanger. With incredible plot driven events taking place just as the credits rolled on the previous game.

This led players to believe we would be getting answers for the events of the last game, as well as exploring what has happened during the several years (In universe) between the previous Halo game, and Halo Infinite. 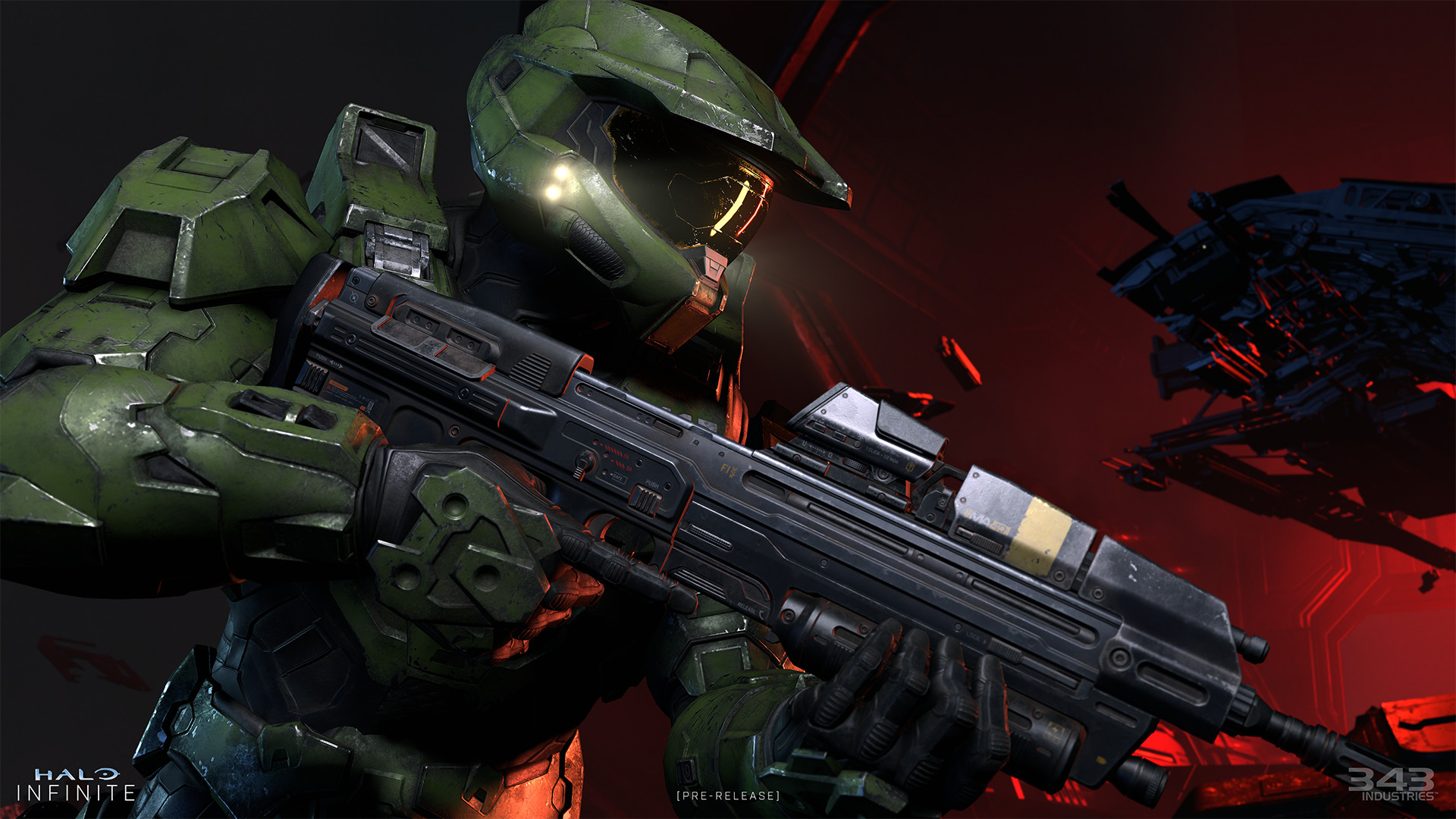 What players got, however, was almost a complete ret-con of the previous Halo games. Whilst they did not outright say that the previous events are no longer important, every single plot element that led up to Halo Infinite was almost completely ignored.

Only small details were alluded to, linking back to the previous games.

The story in Halo Infinite, as a result, felt flat and uninteresting. Many players felt that they were robbed from seeing Master Chief tackle the evolving narrative of the Halo universe, and instead for a soft reboot of the franchise instead.

What Does the Future of Halo Hold?

It’s no secret that the multiplayer side of Halo is at the strongest point it has been since the early Xbox days. With hundreds of thousands of players logging in to grind their battle passes, and click heads every single day.

Whilst the single player elements of Halo Infinite appear to have hit a lukewarm era, it would be ridiculous to say that Halo doesn’t have a bright future. It stands to solidify itself in the gaming space, and continue to be successful for years to come.

The team over at 343 continue to respond to feedback for the multiplayer side of Halo Infinite, and all signs point to the game improving significantly on the monetization side in 2022. If 343 is able to make a fairer, and rewarding monetization system, the game will undoubtedly have a healthy player base for the foreseeable future.

Have you been playing Halo Infinite? What you been enjoying it? What are your thoughts on Halo Infinite’s explosive release in 2021?

Authorities Ask Children to Return to Classrooms in Broward County

Authorities Ask Children to Return to Classrooms in Broward County

Bulletin News is a premium online publication, striving everyday to bring you the information that matters, with quality that counts. We provide you with daily insights into global breaking news, technology news, lifestyle and health guides, fashion trends, art news, business insights, viral videos taking the internet by storm, and much more!